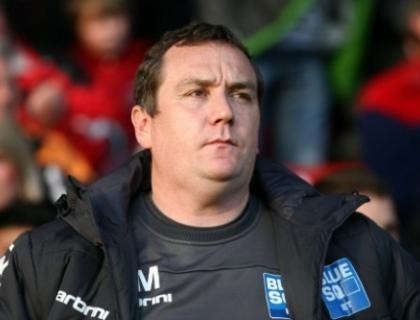 Jamille Matt and Ryan Crowther opened their npower League Two accounts for the Cod Army as Graham Alexander's men cruised to a 3-0 victory over in-form Oxford.

The home side grabbed the lead after just ten minutes thanks to a defensive howler from Michael Raynes.

The job of clearing the ball ahead of an advancing Gareth Evans seemed simple enough but the centre half somehow fired straight at Jamille Matt who knew little about the incident until the ball hit the top left-hand corner.

Town had a second ruled out ten minutes later when captain Rob Atkinson was judged to have fouled a U's defender before heading home, but they did bag a second early in the second half.

Another mistake at the back, this time from Damien Batt, gifted the ball to substitute Ryan Crowther who drove into the box, finishing low past Wayne Brown.

With the U's already two down substitute Adam Chapman produced the best opportunity for the visitors, his set-piece tipped over by Fleetwood's Scott Davies.

But the home side added a third five minutes from time, Evans' cross pushed back across the face of goal by Jamie McGuire for substitute Jon Parkin to tap in.