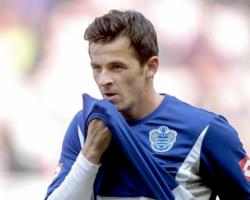 Fleetwood Town 1-1 Southend: Match Report - view commentary, squad, and statistics of the game as it happened.Cod Army suffer damaging drawFleetwood will most likely have to try and secure promotion through the Sky Bet League Two play-offs after Southend battled to a 1-1 draw at Highbury.The Cod Army's failure to win sent both Rochdale and Scunthorpe up, even though the latter lost, and Graham Alexander's men must hope Chesterfield lose to Burton on Sunday ahead of their meeting with the Spireites next week.Southend bossed the opening exchanges but found themselves behind eight minutes before the break

Kevan Hurst gave away a free-kick on the left-hand side of the penalty area and Steven Schumacher's low ball evaded everyone and sneaked into the far corner.The home side's lead lasted just three minutes, however

From a corner from the right, Ben Coker's ball flew past the outstretched hand of goalkeeper Chris Maxwell, and Barry Corr scored with a free header at the back post to haul the Shrimpers level.The home side piled on the pressure after the break, David Ball twice testing stopper Dan Bentley after surging runs into the box.But they could not sustain their dominance and the visitors should have gone ahead when substitute Anthony Straker set up Corr, his shot from close range spinning into the arms of Maxwell.The Shrimpers had a penalty claim turned down when Corr tumbled under pressure from Antoni Sarcevic as the balance again shifted.There was almost a late winner when Jon Parkin bundled the ball towards goal after a Josh Morris corner

But there was to be no fairytale ending for Fleetwood